“We all want music that really grabs us and is meaningful,” muses Antonia, obviously excited about this soon to come strong, radio-friendly direction. “I have opened up in a big way. This upcoming album contains an empowering message for both men and women.” 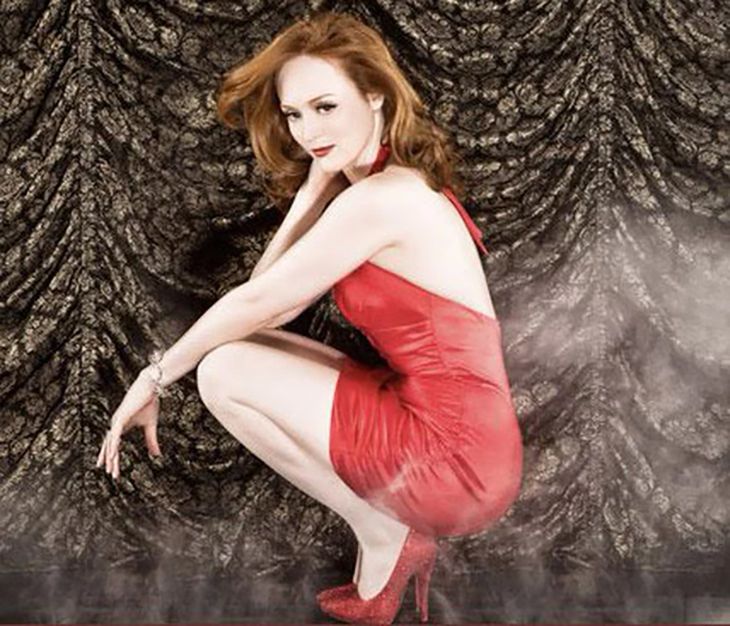 The debut record from Antonia Bennett, Natural, was released by Mesa/Bluemoon on Tuesday, August 17, 2010. The 6-song EP introduces Bennett as a gifted interpreter of jazz classics with an impeccable and accessible vocal style.

Like her legendary father Tony Bennett, Antonia embraces the warm, timeless sound of the standards and also like her dad did she brings a modern, nuanced style which appeals to the new jazz audience. Natural includes “I Wish I Were in Love Again,” “I Fall to Pieces,” “Love is a Battlefield,” “Soon,” “Putting on the Ritz,” and “The Thrill is Gone.” The EP was produced by the award-winning songwriter, Holly Knight (“Love is a Battlefield,” “Ragdoll,” and “Simply the Best”) and features arrangements by Grammy®- nominated pianist/arranger Larry Goldings (James Taylor, Al Jarreau, Norah Jones, John Mayer, David Sanborn).

Using the American Songbook as her foundation, Antonia explains, “I take each of the songs that I do as a story, with a beginning, middle and end – like a monologue – and I try to do my best to tell that story,” says Antonia. “I grew up listening to the American Songbook, and a variety of artists singing those songs. Singing these songs is like a home-cooked meal, like comfort food, something that is a part of me. The way I grew up, if you were going to take a song that was done by many of the great artists, you should bring a piece of yourself into it. Interpretation is an art form.” She goes on to say, “We wanted to find wonderful standards that haven’t been overdone. In fact, none of these have been in my show repertoire. I used to sing “Putting on the Ritz” when I was a little kid on stage with my Dad. I grew up singing it and love it. And if you’ve ever seen Young Frankenstein, you gotta love it!”

A Berklee-trained musician, Antonia also had formal dance and acting training at the Strasburg Institute. With these skills and taking a page from her father’s book, she understands what it takes to be a complete entertainer. She is a well-rounded, hard-working creative talent who brings insightful presence to both the recording and the stage. Her ethereal beauty and elegant demeanor, coupled with her transcending vocal quality, makes her an in-demand talent in her own right.

Live performance has been part of Antonia’s life since the age of four, serenading audiences internationally in opera houses, casinos, jazz clubs and amphitheaters. She’s even performed with the legendary Count Basie, and for luminaries such as Frank Sinatra, Dean Martin, Gene Kelly, Rosemary Clooney, Les Paul and Ella Fitzgerald. Opening for Tony Bennett on his 2010 tour, Antonia graced stages from London’s Royal Albert Hall and iTunes Festival UK to the Umbria Jazz Festival in Italy and Gibson Amphitheater in Los Angeles. The tour continues throughout the year (dates below) as Antonia celebrates the release of Natural.

by Antonia Bennett
Available now on:

“(Antonia) conjures echoes of Billie Holliday and Rickie Lee Jones, with a hint of Betty Boop.”
– The New York Times

“It is a billed as an album of “jazz standards,” which may come as a surprise to Holly Knight (Natural’s producer) and Mike Chapman, whose “Love Is A Battlefield” numbers among the six selections, and to country tunesmiths Hank Cochran and Harlan Howard, whose “I Fall to Pieces” is also covered. But labels are immaterial. It is the performances, and the interpretations, that matter, and Bennett scores immensely high on both counts.”
– Christopher Loudon, JazzTimes