Otonana Trio hails from Tokyo, Japan, but you’re more likely to find the zany party funk band playing in the U.S.A. Founder/Guitarist/Vocalist Kentaro Saito, Bassist Kazuhisa Maekawa, and drummer Hikari Kuroda cite their their adoring audiences as being their biggest influence: Otonana has played over 400 shows in the U.S. in the past six years, and found that wherever they go, the crowds wanted to dance. This influenced the band’s evolution from jazzy roots to a lively, high-energy funk sound. 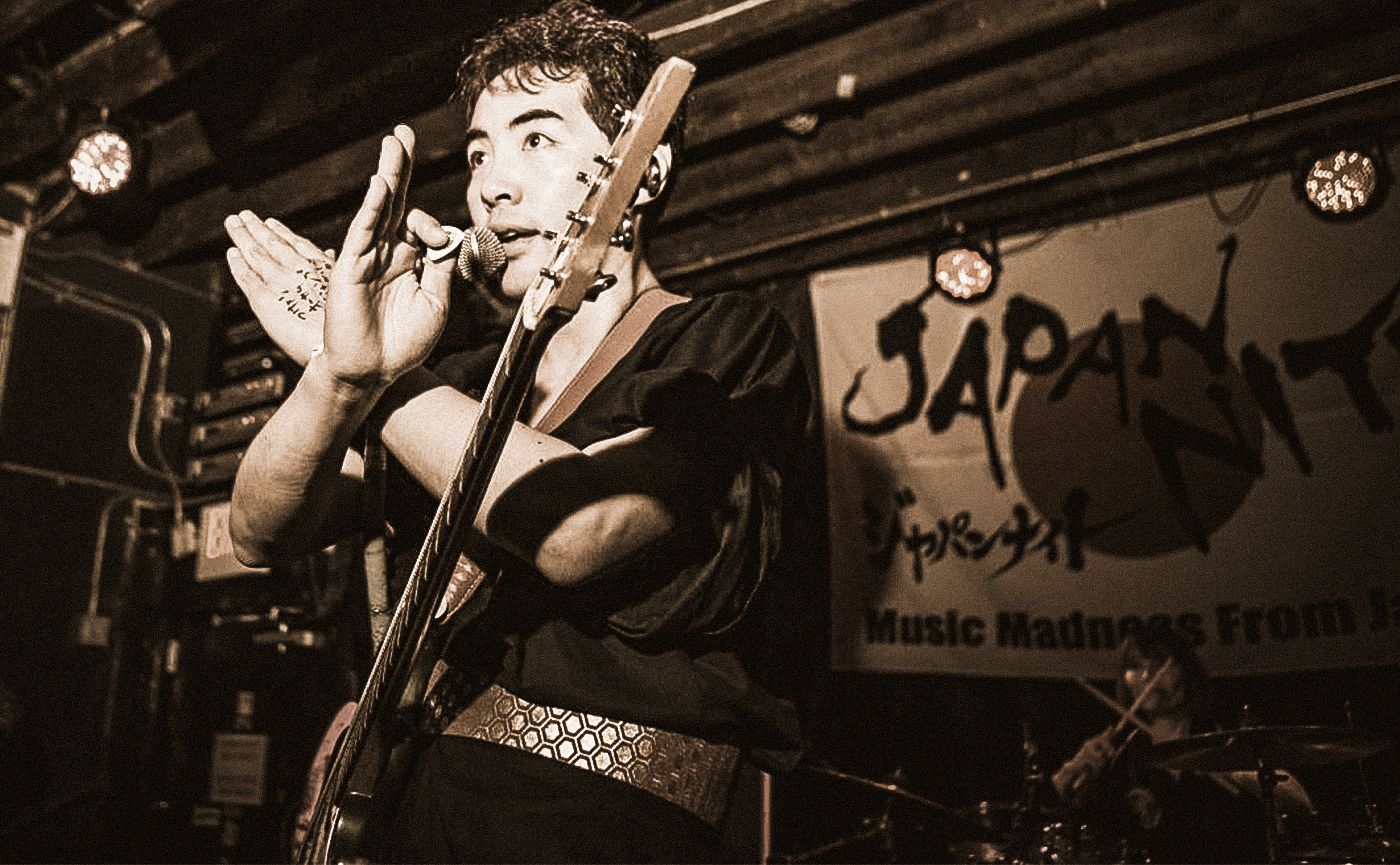 Kentaro studied jazz performance at The Musician Institute in Hollywood, where he graduated with honors. He continued at The New School in Manhattan, where he formed a band with fellow students. Since none of them were singers, they opted for avant garde punk as a genre. They cracked the college music charts and even got booked to play a festival in Taiwan, where Kentaro was described as “playing guitar like Hendrix, and performing stage kung-fu like Bruce Lee.”

Kentaro moved back to Japan, where he formed Otonana Trio. He tapped Kaz, a Japanese slap funk master, widely considered to be the best bassist in the country, who brought in Hikari, the funkiest female drummer in the land. Otonana Trio have recorded five studio albums, all self-produced in Tokyo. In 2017 they met veteran record producer Robert Cutarella, who has worked with an array of superstars including Slash, Sting, Cyndi Lauper and Josh Stone, while playing a pub in Silverlake.

Cutarella reworked some of the live favorites, remixing with a retro flare that taps the dance eras of NYC’s Danceteria and The Hacienda in Manchester. “I wanted to capture favorite hooks that are so memorable from Otonana’s concert- these guys can play!” remarks Cutarella. “These remixes interweave their signature grooves and Kentaro’s crazy lyrics with beats which I feel makes for a unique kind of ‘greatest hits’ record for the band.” The result is Jump: The Remixes, which releases June 2018 on Mesa Blue Moon Recordings /Ingrooves /Universal.

Otanana Trio returns to Taiwan annually to headline Southeast Asia’s largest music festival, Spring Scream. Kentaro has a fest in Tokyo planned for July 2018, his first venture as festival producer. They are prolific and love the stage, with U.S. tours planned for June and November 2018.

“We called our latest release Jump, because I are always impressed when audiences choose to jump with us when we play the song. We love our fans!” says Kentaro.

“Japan’s OTONANA Trio possess something that many bands, even some Rock and Roll Hall of Fame-dwellers, lack. The simplest way to put it is: they’re joyful.”

by Otonana Trio
Available now on: